Welcome to week 1 of Makerspace May!  The theme of this week is building.  Watch the video above, or click here (about 5 minutes) and if you have a chance visit Spark to complete a bridge building challenge (15 minutes) at any point this week.  Can you build a bridge with limited materials?  Come on your own, bring a partner or work with your team and find out.

Many thanks to all the faculty and students who contributed to the video!

Enjoy and don’t forget to take a selfie with your bridge! 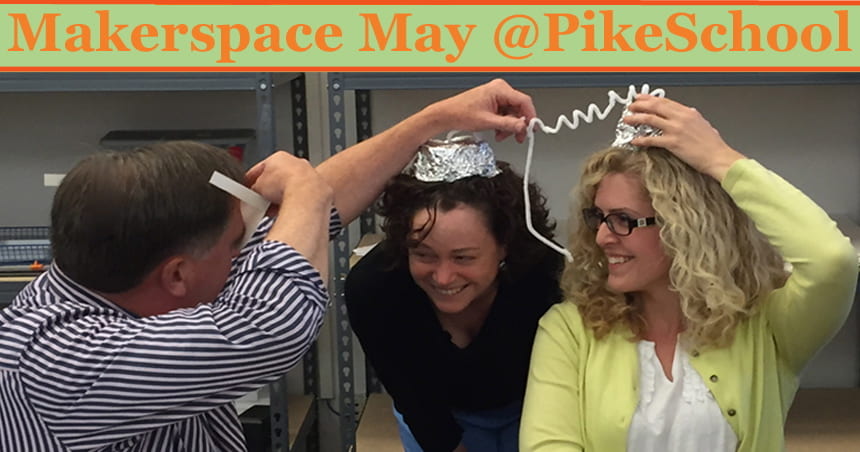 We are excited to announce that the Tech Department has declared next month Makerspace May. Each week we will share a short video with some information about the benefits of using our Makerspace.  In conjunction with the video, faculty and staff will have the opportunity to come to Spark and experience an activity related to the video at any point during the week.  We are hoping that everyone at Pike will have a fun time making this May, and that it might spark some cool ideas for next year!  Be on the lookout for our first video on Monday May 2.

Today you will learn how Lastpass Password Manager can save you time.  Follow this link to go directly to the Lastpass Password Manager information in our course on Schoology (See post from Monday on how to create an account and join our course).   Also, we have added a discussion thread inside each topic folder.  It would be great to hear your thoughts and experience on each topic.

This wraps up our 5 Ways to save Time Tech Opportunity.  Thank you for participating! We will be sending an evaluation form on Monday.  Your feedback will be invaluable as we evaluate and plan for future professional learning opportunities.

Thank you for joining this new Tech Initiative.

Today you will learn how QR codes can save you time.  Follow this link to go directly to the QR code information in our course on Schoology.  It would be great to hear your thoughts and experience on each topic.  We have added a discussion thread inside each topic folder.

Today you will learn how your browser’s bookmark toolbar can save you time. Follow this link to go directly to the bookmark toolbar information in our course on Schoology. There are 4 videos to watch, but the total time for all the videos is 5 minutes. Also, it would be great to hear your thoughts and experience on each topic.  We have added a discussion thread inside each topic folder.

5 ways to save time in 5 minutes a day

We are excited to announce our first of many (hopefully) professional learning opportunities. Starting Monday March 28th, each day for 5 days, we will share a 5 minute video with a technology related time saving tip. We know you’re busy so each video is short and sweet and we feel will really save you time. Either way it is only 5 minutes out of your day.   Faculty have received joining information via email, but if you aren’t faculty you can watch this space for the videos next week.  The first video will be published on March 28th. We hope that you will consider joining us! 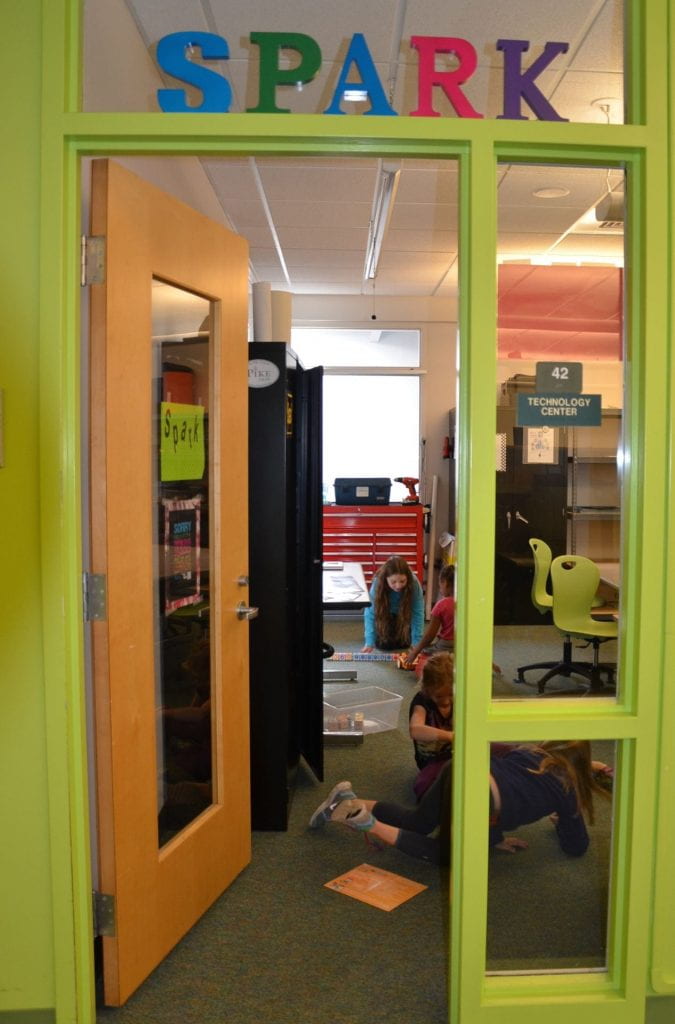 All Lower School students have had a chance to collaborate this year to program a KIBO robot in Spark, our Makerspace.   During their visit, students were introduced to the definition of a robot and the concept of programming.  These robot themed books were helpful to introduce the unit in the classroom:

In addition, students were exposed to the engineering design process since their challenge was to: 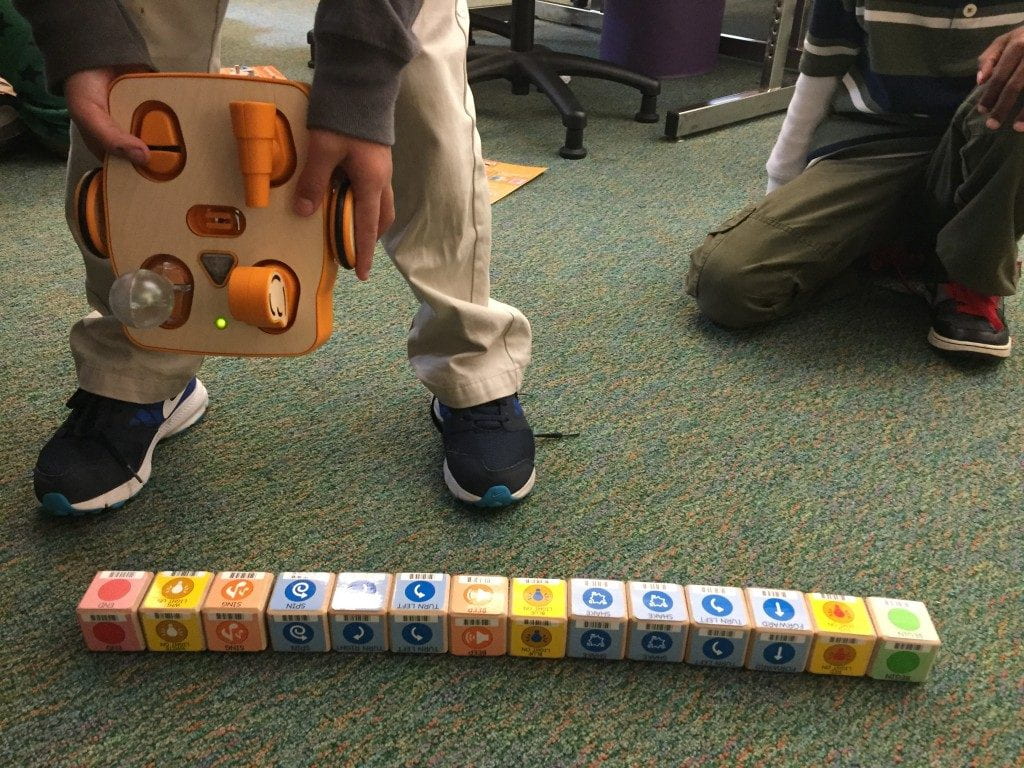 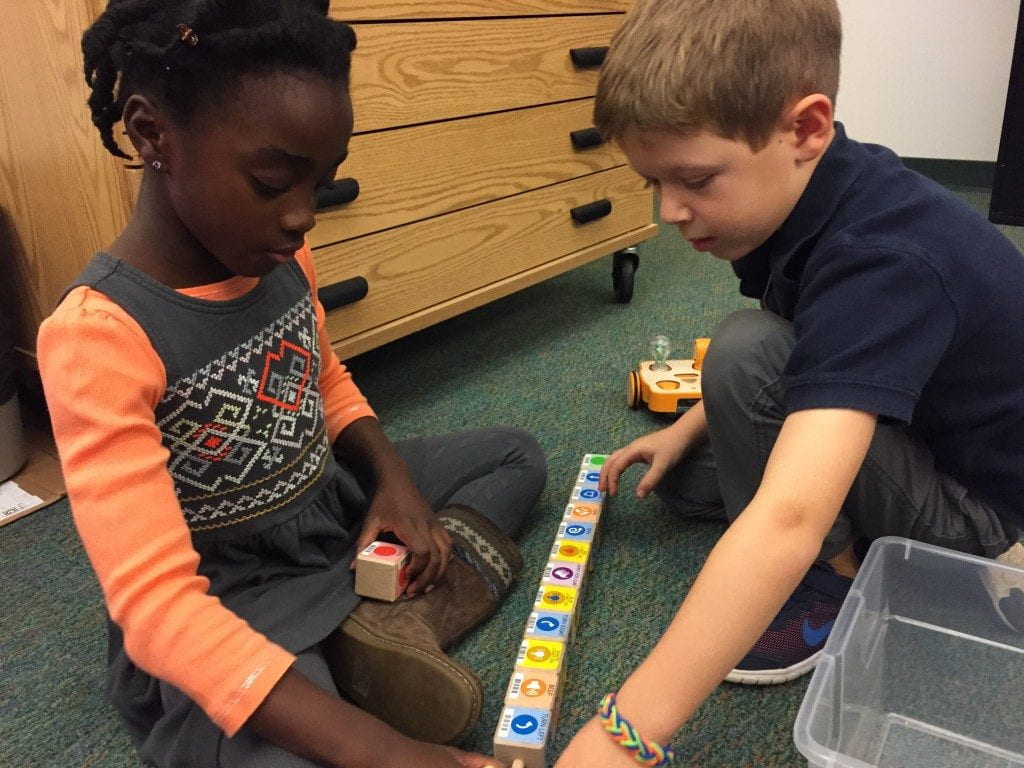 They scan the blocks with the KIBO body to tell the robot what to do. Next, they pressed the button and the robot came alive (See video below).

If you would like to learn more, check out this interesting article about how to teach KIBO to young children in early education that appeared in The Economist.

To help families navigate issues related to parenting and technology we have listed many realities, issues and solutions in the parent section of this blog including: 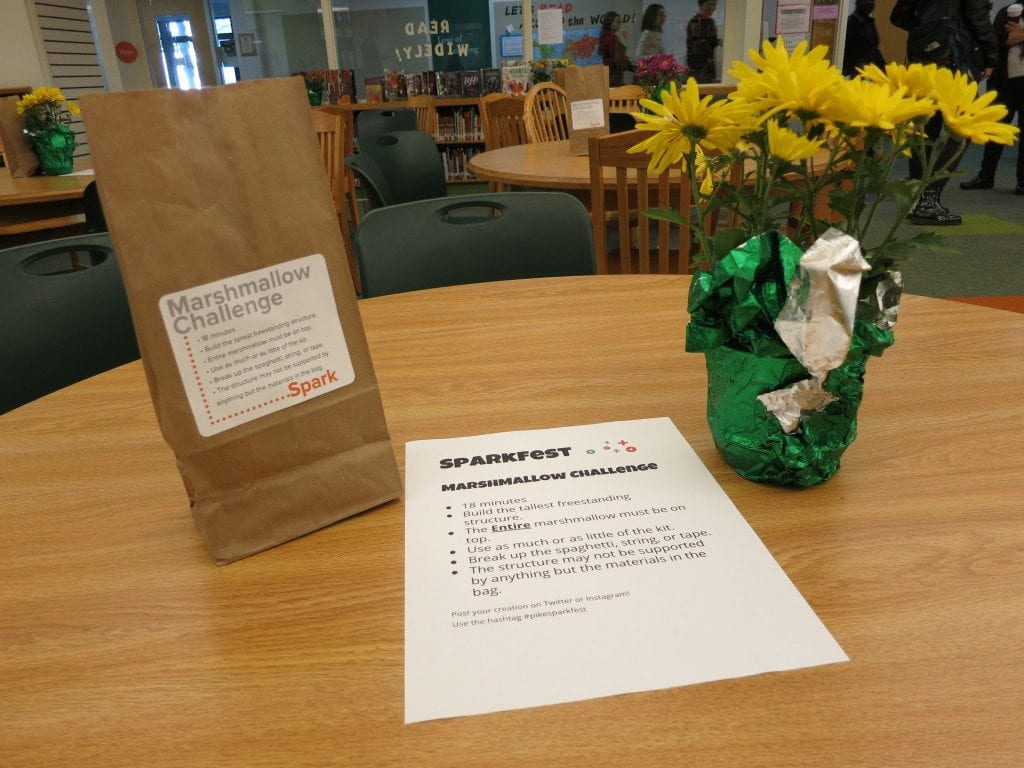 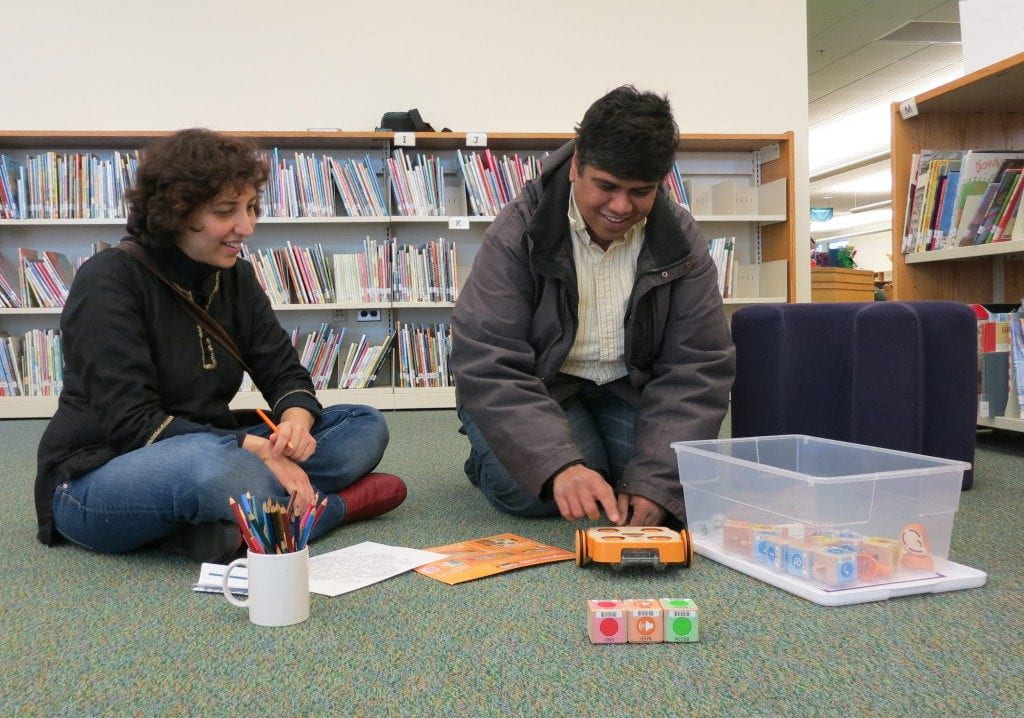 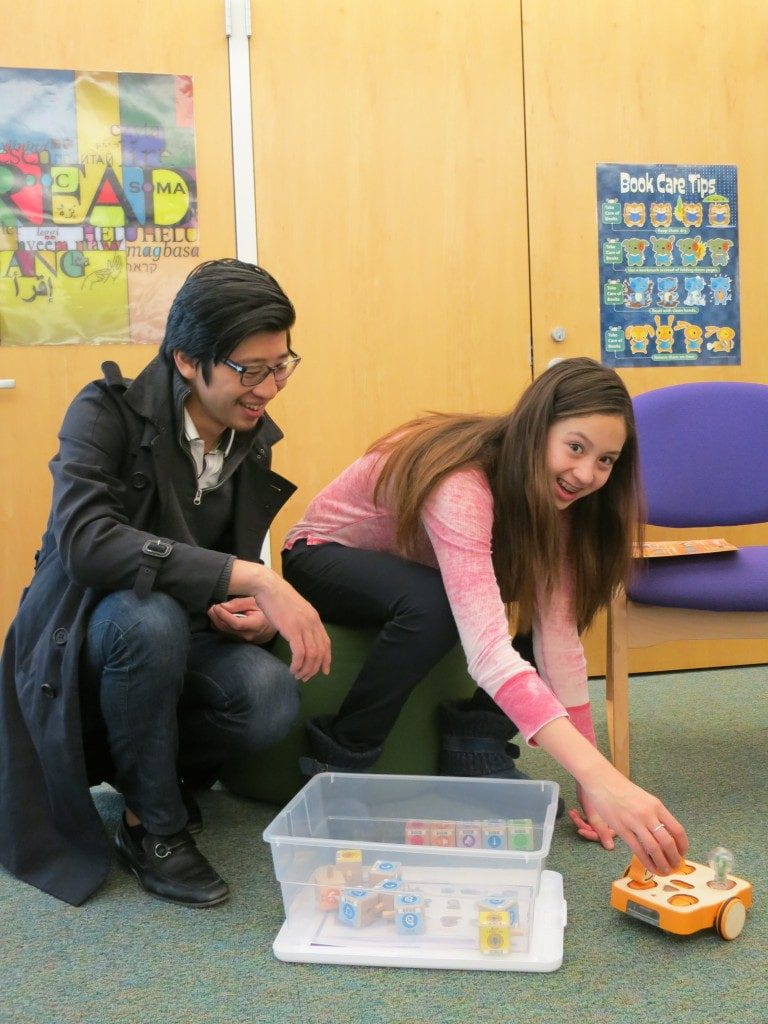 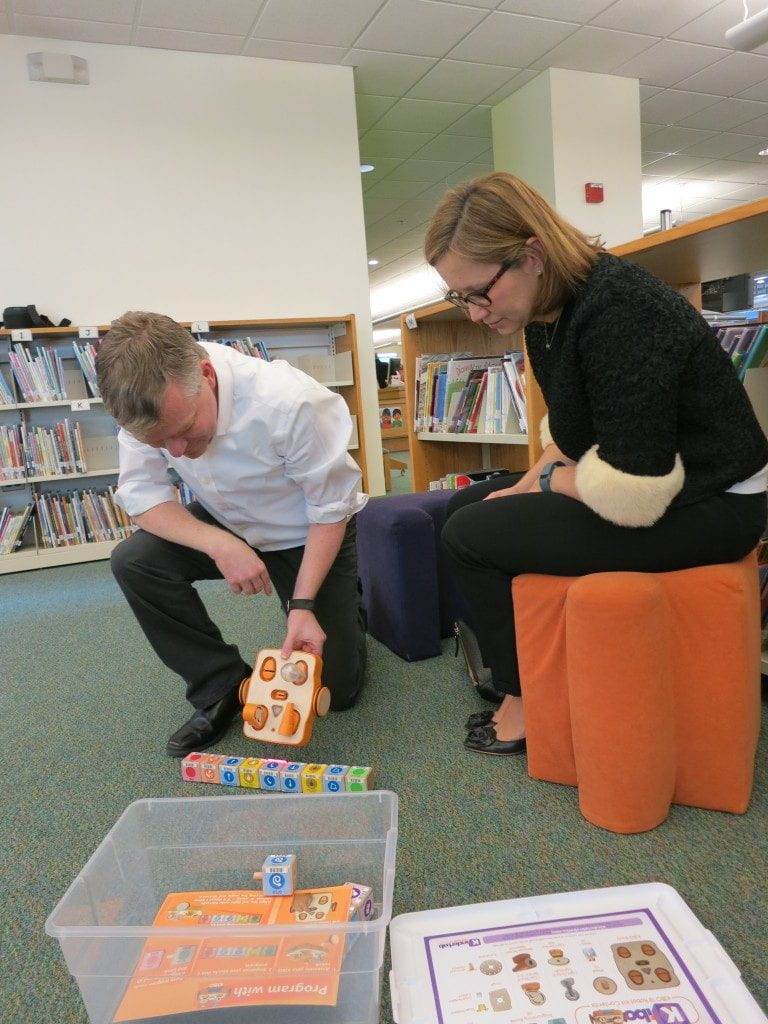 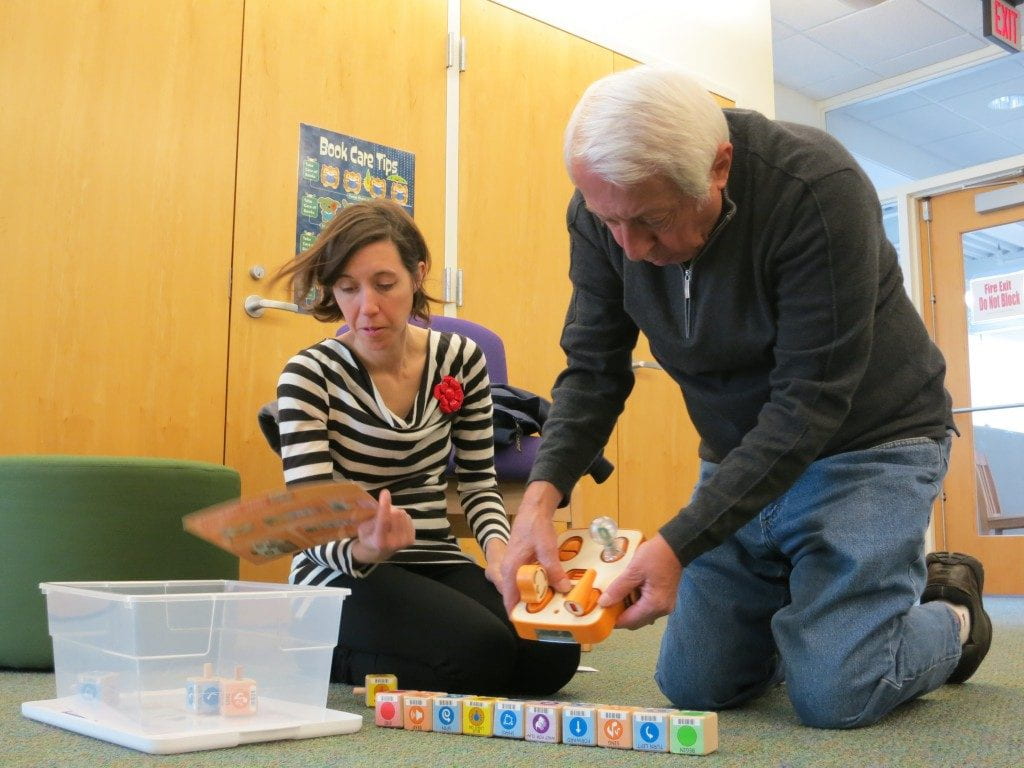 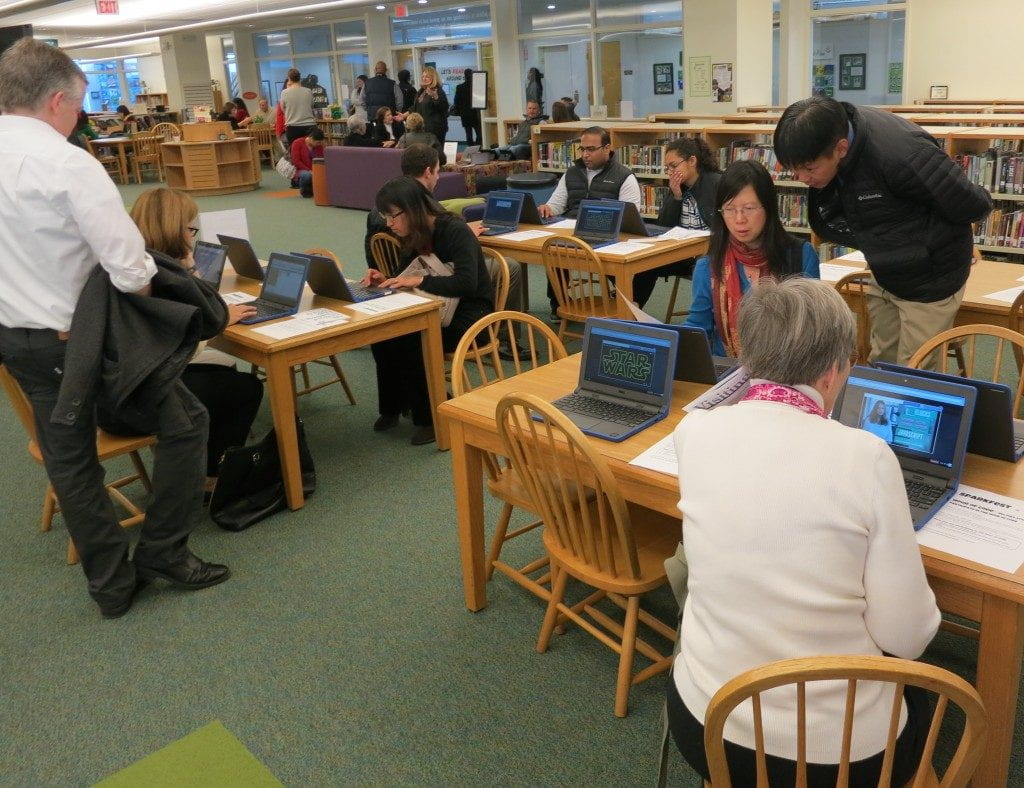 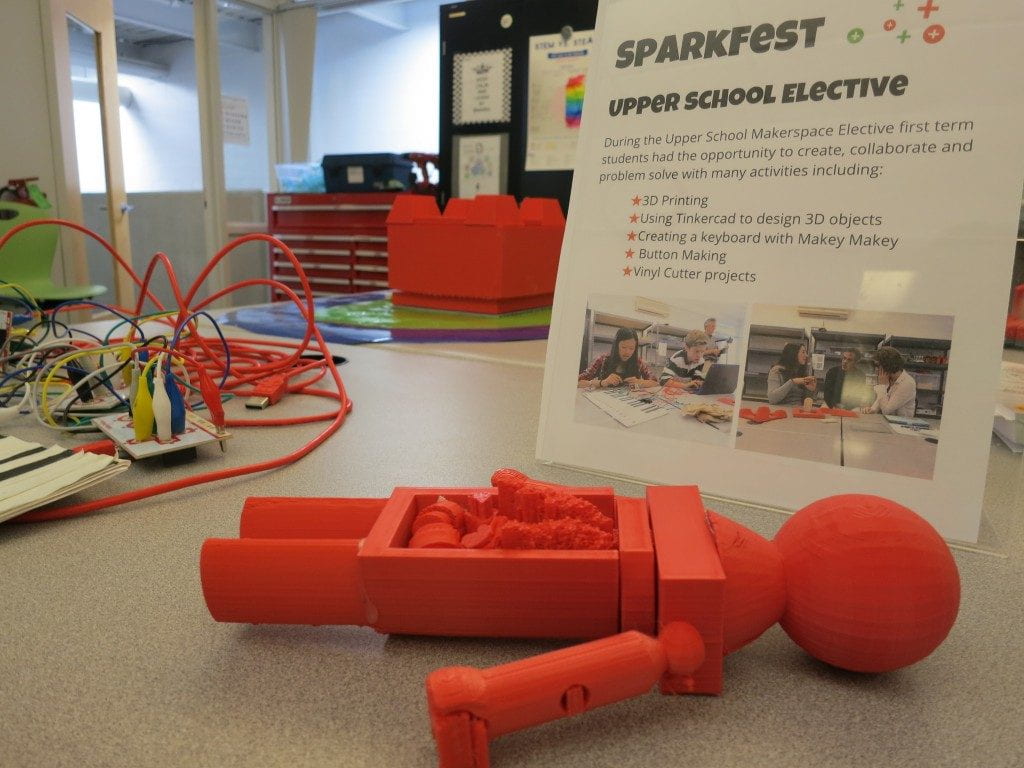 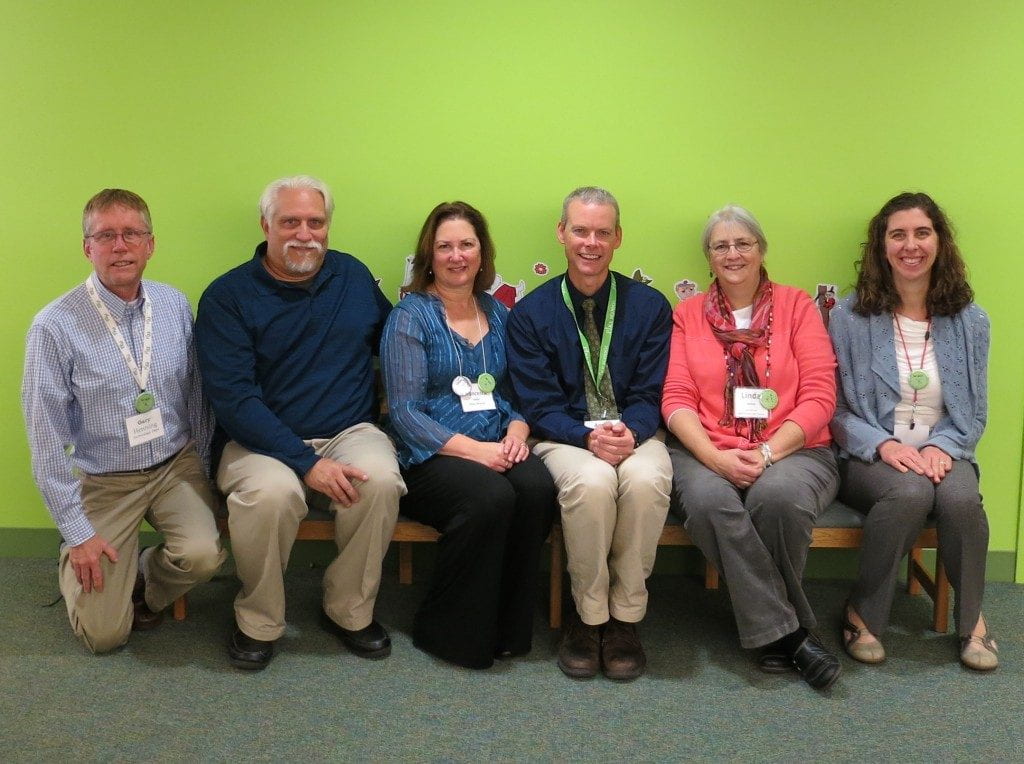 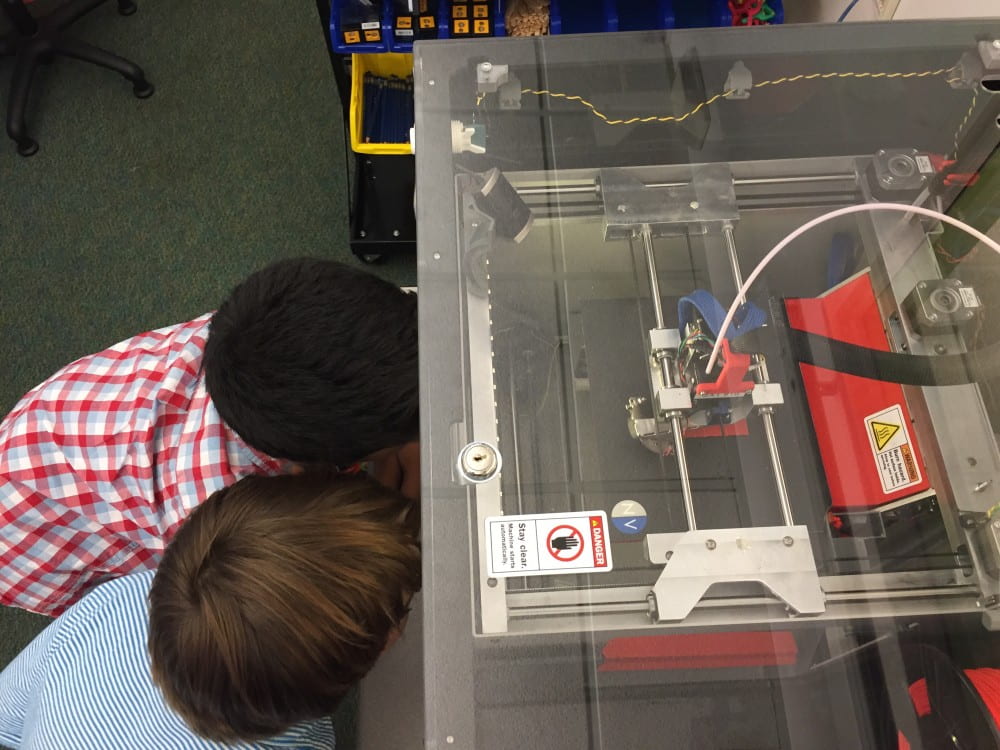 At this time last year, a small informal committee of faculty and staff was formed to investigate ways to promote making, building, STEAM, risk taking, and innovative problem solving at Pike. This wasn’t a committee requested by the administration, it was a group of passionate educators with questions and an idea. We eventually found that a Makerspace would be a perfect place to foster curiosity and encourage hands on experiential learning and creative exploration. Our team realized that a Makerspace was a big idea that would take quite a bit of work to organize, and a plan that would require a budget to purchase supplies and equipment. At another school this might have been a moment where a good idea could have lost steam, but not at Pike.  We knew that Pike is a place where innovation in teaching is nurtured and supported so our small committee had the confidence to move forward with an exciting new concept.

First, we wrote a proposal for a Makerspace describing the goals of the space and how it supported the mission of the school (develop lifelong, independent learners with a creative spirit) as well as the need for a budget. The proposal and the budget was submitted to Muddy Waters, the Head of School, and the administration. This was another moment where a good idea could have lost momentum, but with careful consideration, the administration gave preliminary approval and a budget for a Makerspace and we were asked to submit a detailed plan for final approval.  Once final approval was obtained our committee was expanded to include at least one teacher from each division and staff from the Library, Technology and the Advancement Offices.

With the full support of the Administration, a larger Innovation Committee was energized to start researching and planning for a space that would come to life this school year at Pike. We read books, visited other schools with Makerspaces, attended workshops, developed a list of supplies and analyzed how students would have an opportunity to use the space this year. Finally, with all of this research completed we began the work of ordering the materials and setting up the new Makerspace.

Our pilot Makerspace is already off to a great start this fall.  Faculty were introduced to the space during opening meetings, and students in each division have had an opportunity to go to the Makerspace during elective, club, and choice times or with their classroom teachers.  The name of the Makerspace is Spark, because we felt that it was a fitting title for a new stimulating and inspiring environment located at the center of our school.  Upon reflection, Spark also feels appropriate for the journey that ignited this idea into a reality at Pike.  Like many new initiatives at Pike, Spark was fueled by faculty and staff who were willing to put in extra time and positive energy to improve the student experience.

You can find Spark in the classroom located in the rear of the Library.